Now That Juneteenth is a National Holiday
We pause
in honor of Liberty, Hope,
and Resiliency.

We must not
co-opt this celebration with white commercialism

We must not
let this celebration undermine the right to protest

We must not
allow this celebration to eliminate the ongoing work of justice
©Mary Lee Hahn, 2021 (draft)
Posted by Mary Lee at 6:29 AM No comments: 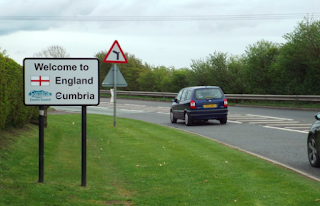 Learning Arabic
is more than just driving on the left in England.
It's driving on the left
with no cognates on the map,
an alphabet consisting of small bits of flowering vine,
and luckily a lay-by
where you abandon the car and the map
taking a path instead
walking like a botanist, field guide in hand,
poring over every blossom, every curving leaf,
breathless when you begin to find meaning
in this brand new ancient world.
©Mary Lee Hahn, 2021
Posted by Mary Lee at 6:31 AM No comments:

Email ThisBlogThis!Share to TwitterShare to FacebookShare to Pinterest
Labels: metaphor

Ways to Reappear
In the dawn
Down a path
Through tall pines
Come to
With a grin
In a flash
Down to earth
In a spotlight
In a shadow
Without a plan
Without speaking
On your porch
On your threshold
In the garden
In the pool
In a library
In the corner
In the background
Come out
On a limb
At a moment's notice
In envelopes
In secret
Without words
Without a doubt
Seeking identity
Through dense fog
Down this path
In the dawn
©Mary Lee Hahn, 2021
after Ways to Disappear by Camille Rankine
"Ways to Disappear" was the Poem a Day from Poets.org on Wednesday, June 2. Camille Rankine writes about her poem: “There are so many ways a person can become not a person in someone else’s eyes. They can be erased through violence of gaze or word or action, by the individual, by the media, by the state, so that their humanity dissolves into nothing in the other’s view, and they vanish. In plain sight, and not there at all.”
Big truth in these times, in this country.
I began to think of possible ways for a person to reappear. If we can erase a person, surely we can also work against that erasure, really see those around us, and make sure they know they've been seen.
The poem is also about losing one identity and reappearing with a new identity.
Process notes: I found the photo on Unsplash after I wrote the poem. It was a little eerie how well the image matched my words.
I borrowed the first word in every line from Rankine's poem. Lots of times I used the first two words. To give the poem a more optimistic feel, I changed "gone" to "come." The lines are specific and personal but at the same time broad and general. As in Rankine's poem, the lines sometimes seem connected, but mostly can stand alone. The word "seeking" stood out to me as a turning point, and from there I diverged from Rankine's poem, reversing the pattern of the first three lines, and ending where the poem started.
Posted by Mary Lee at 6:33 AM 1 comment: